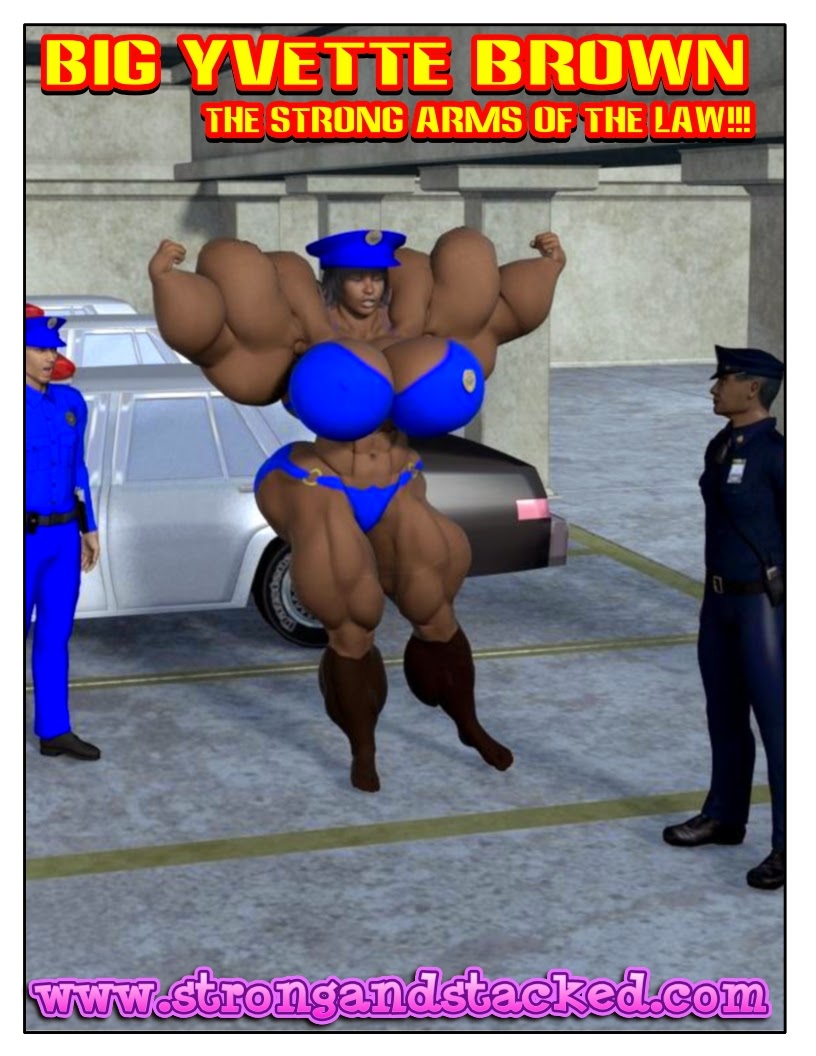 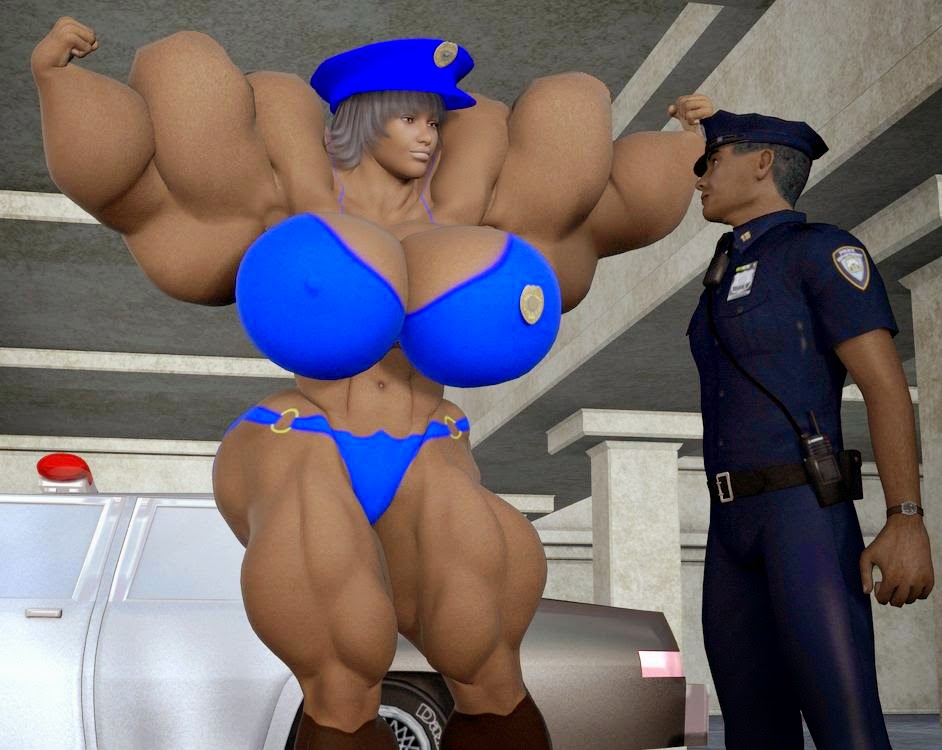 It's been a month since I updated strongandstacked.com, and today I've finally uploaded a new comic. The comic is named Big Yvette Brown, and it's about a police woman with massive muscles, tits, and buns.

The rough idea I had in my mind when I started working on this comic was something vaguely like the movie Training Day - basically a rookie cop gets paired with a corrupt cop partner .

But in my comic, I made the corrupt cop into a super huge titaness with massive tits, and I dialed back the corruption level a bit.  Yvette Brown uses her muscles to beat confessions out of people, and would certainly use them to beat down say a gang of rapists (without exactly adhering to the due process of law... )

But she's not an evil person.  She's certainly not a squeaky clean cop, though .  And her new rookie partner, Dan Carter, is totally in awe of her tits, ass and massive muscles 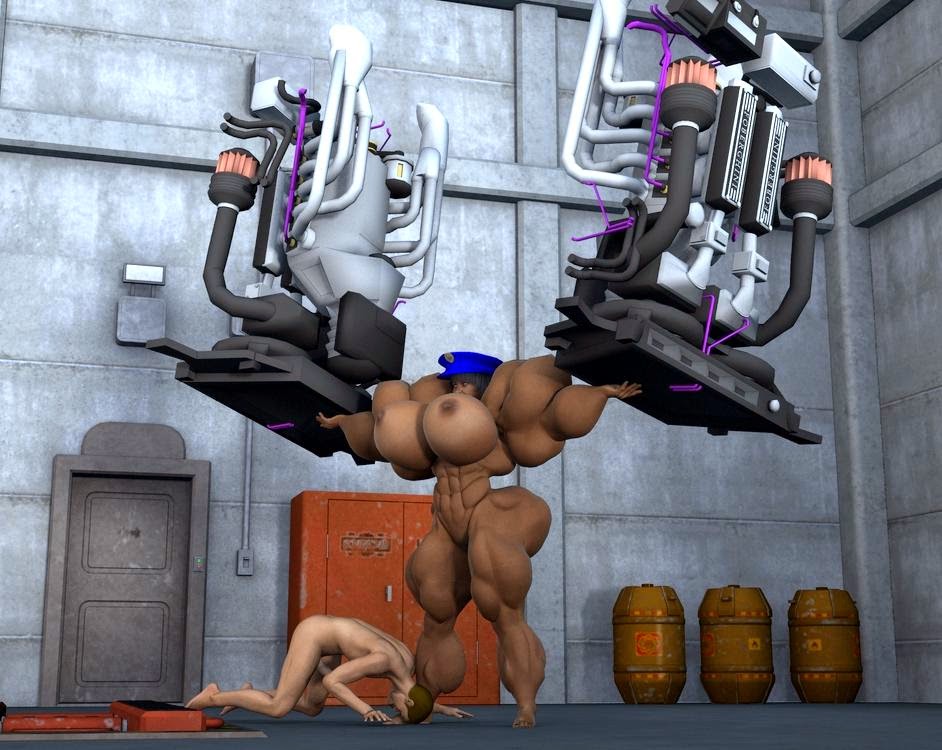 THE PACE OF UPDATES ON STRONGANDSTACKED

It's been slow.  I'd like to be able to say that the pace is going to pick up dramatically, but the fact is that it's just not. If you read through some of my earlier blog posts, you'll see how its a struggle for me to update the site in a rapid fashion 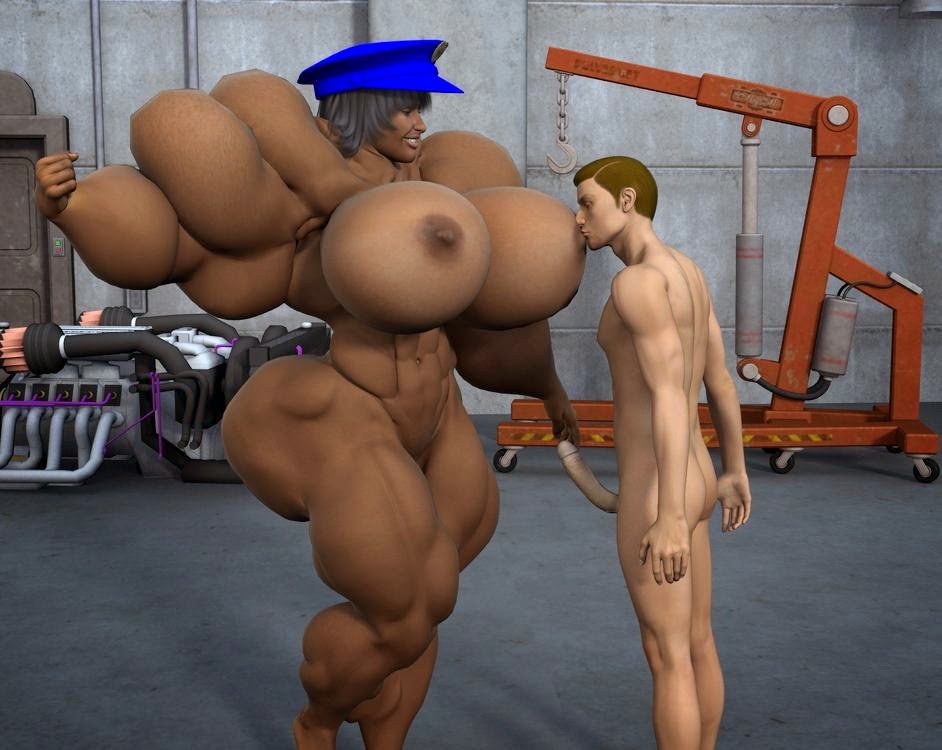 My plan for now is to continue to make slow but steady progress on updating both strongandstacked.com and begiantess.com .  This latest update took far too long though - a full month since the last update of strongandstacked.  I need to do better than that

I won't bore you with what's been making updates slow - bottom line is that the demands of my day job have increased and it takes more time than ever .

But I'll keep plugging away at the content creation and will try to update the sites as fast as I can given the constraints I'm operating under (ie: demands of my day job...)
Posted by greycat at 10:20 PM