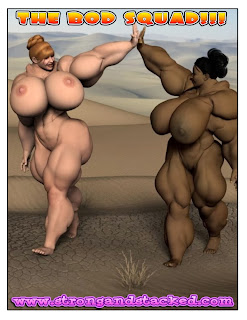 Just finished an FMG/muscle girl comic named The Bod Squad .  I'm posting it to strongandstacked.com today.  Took me a while to finish it. As usual, swamped with stuff from my day job and real life.

Just today as I was posting this new comic to strong and stacked I realized that a link was broken on the site for my previous update.  Damn it.  Hadn't realized that until now but it's been fixed.

I'm going out of town for the holidays from December 22 through December 30. So I am going to really try hard to finish an update for begiantess before I go out of town

As I said in a previous blog post there are several options there.  Continue on with slow pace of updates, somehow try to pick up the pace, just throw in the towel and stop updating... 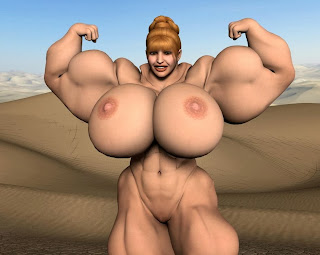 My default plan is to soldier on and continue updating the sites, at the current relatively slow pace.  But I'm going to do a lot of thinking about it over the holiday
Posted by greycat at 8:45 AM